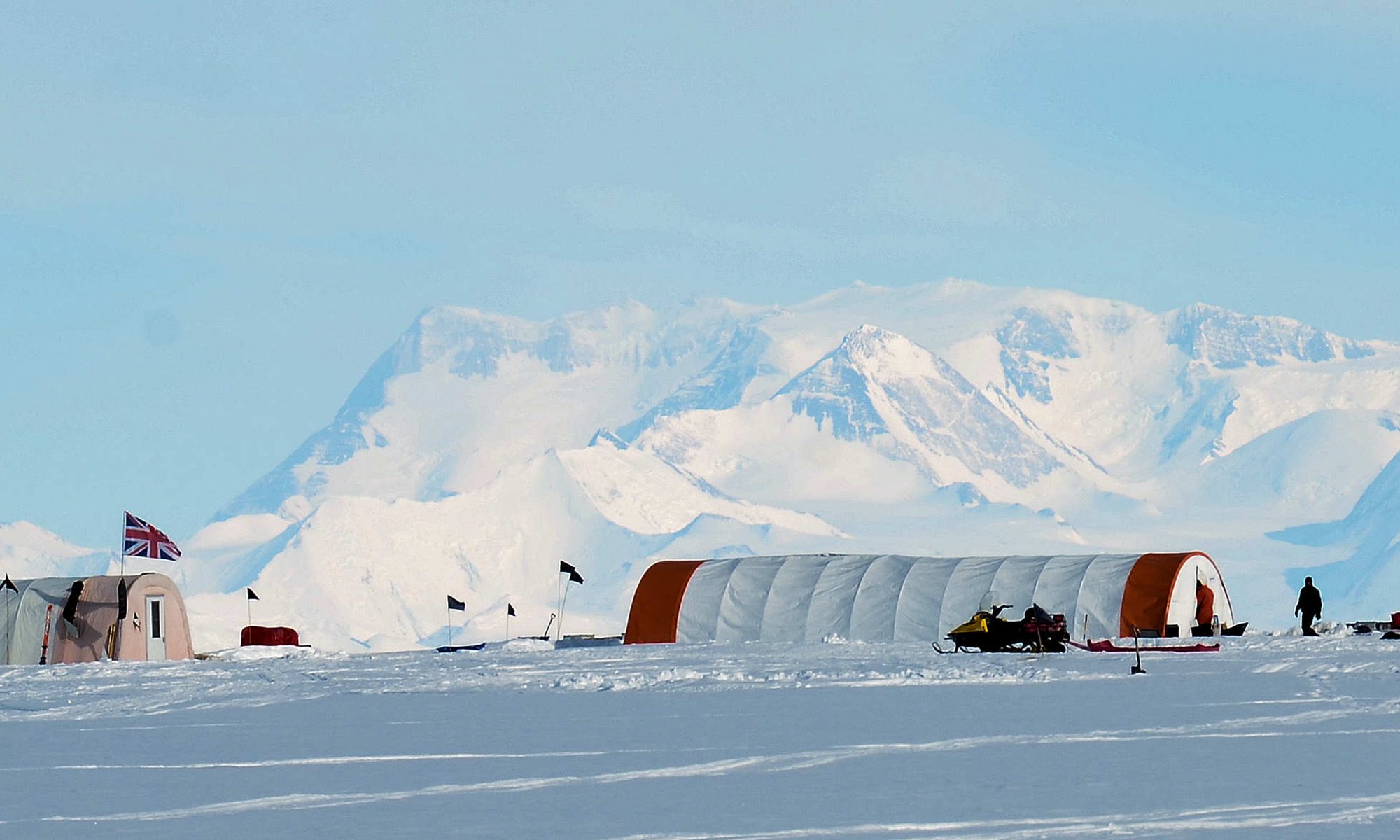 Four Cambridge Earth Scientists are about to travel to Antarctica for three months, where they will turn to the past to assess the risks to the future of the West Antarctic Ice Sheet. Project leader Professor Eric Wolff explains the aims and importance of their research.

Many large cities, and all those who get their living from the sea, live close to sea level. As a result, even small rises in sea level expose millions of people to extra risk. Sea level is currently rising due to a combination of melting glaciers, thermal expansion of the warming ocean, and contributions from large ice sheets.

The Greenland Ice Sheet contains ice equivalent to 7 metres of sea level, while the Antarctic Ice Sheet contains enough ice to raise sea level by 58 metres. There is concern about the future stability of both the Greenland and the West Antarctic Ice Sheet (WAIS), but no consensus on what level of warming is dangerous for each of them. Nonetheless, once an ice sheet has been removed, it is much harder to rebuild it through snowfall, so ice sheet loss is essentially irreversible on any reasonable timescale. For these reasons, sea level rise is a particularly worrying aspect of climate change.

Earth goes through a sequence of warm interglacials and cold glacials roughly every 100,000 years, paced by changes in Earth’s orbit and the tilt of its spin axis. We currently live in an interglacial. Evidence from fossil corals found above present sea level in places like Australia and the Seychelles suggests that sea level was 6-9 metres higher than present during the last interglacial, around 125,000 years ago. Most of Earth was at about the same temperature as it has been for the last few thousand years.

However, data from ice cores, marine sediments and terrestrial deposits suggest that both polar regions were warmer than today, at levels comparable to those expected in typical scenarios for 2100. While future warmth will be the result of greenhouse gas emissions, the polar warmth in the last interglacial was due to other factors related to Earth’s orbit and ocean circulation changes. Whatever the reason, it evidently resulted in a significant loss of ice from either the Greenland or Antarctic Ice Sheets, causing the observed sea level rise.

Ice from the last interglacial is found at the base of several ice cores from Greenland, and using this information in models, many scientists believe that Greenland could only have contributed 2-4 metres of the sea level rise. This has put the spotlight on Antarctica to explain the rest of the sea level rise, and especially the WAIS: however there is so far no clear evidence whether it survived, retreated or disappeared during the interglacial. The WACSWAIN project 2018-19 field season will retrieve ice from the last interglacial at an ice dome adjacent to the main WAIS, allowing us to assess what happened.

Skytrain Ice Rise is a small separate ice cap facing the Ronne Ice Shelf, and backed by mountains which protect it from being overridden by ice from the main ice sheet. Our team of nine consists of four scientists from the University of Cambridge, and five people (including engineers and a field guide) from the British Antarctic Survey. We will arrive at Skytrain Ice Rise in early November. Once we have set up camp and retrieved all the equipment left there last year for us, we will be using a drill to retrieve a core from the full depth – 614 metres – of the ice cap. We expect this to take six to eight weeks of drilling.

The last 30 metres of the core should be ice from the last interglacial. We will measure many chemicals in the ice and some of the gases in the air bubbles trapped in the ice. These will firstly help us to put a definite age scale on the ice. Then we will look for evidence about what happened to the WAIS. One clue will come from measuring sea water components (such as sodium) in the ice. Currently Skytrain Ice Rise is over 600 km from the sea. If the Ronne Ice Shelf disappeared, something considered a likely precursor to collapse of the WAIS, then our drill site would have been about 50 km from the sea, causing a huge increase in the amount of salt in the ice.

Water isotopes in the ice are normally used to estimate the past temperature in the atmosphere above the ice. If the WAIS retreated then the spatial pattern of temperature change between Skytrain Ice Rise and other more distant sites in East Antarctica would have been very different. Comparison of our isotope record with existing ones from other sites will allow us to diagnose this.

One other measurement we make will be the amount of air in the ice. Among other things this responds to the altitude of the ice – at low altitude, air pressure is higher and we expect more air per volume of ice. If the WAIS was removed the land surface underneath it would have slowly risen, causing a change in altitude at our site.

In this short blog I can give only a flavour of the science we will carry out once the ice is drilled and reaches Cambridge. I hope to be able to send blogs from the field in which I will introduce the WACSWAIN team, and explain the work we are doing in the field and the environment in which we are working. Meanwhile, please follow us on Twitter @wacswain, and remember that our success depends on reaching the magic depth of 614 m.

One Reply to “Research on ice – introducing the WACSWAIN project”