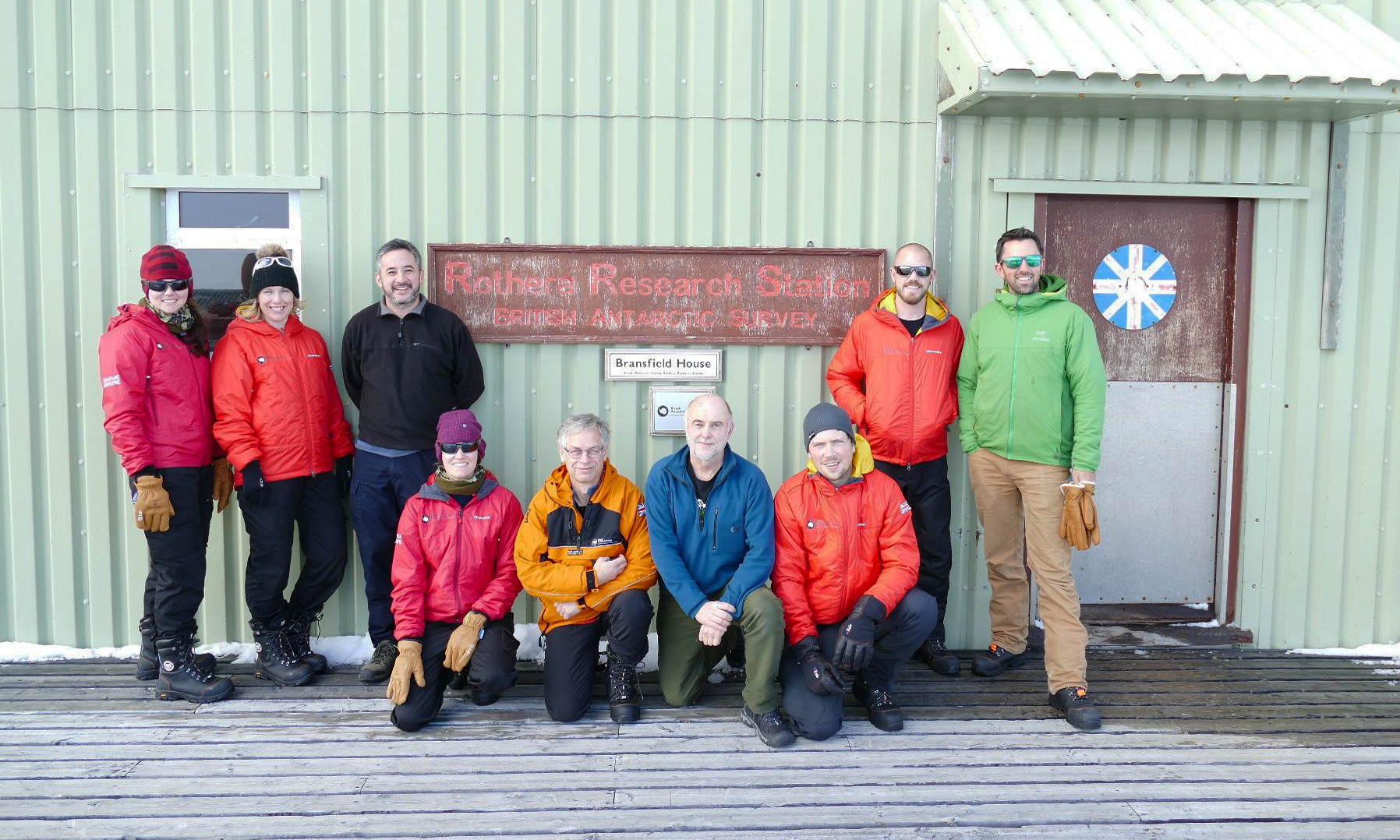 Most of us assume that the key skills for our research are academic ones. But preparing for our field season in Antarctica for the WACSWAIN project, it’s obvious just how many other skills and attributes are needed, and how we rely on our non-academic support staff.

Nine of us are now waiting at Rothera research station on the Antarctic Peninsula, ready to fly into the field – four from Cambridge’s Department of Earth Sciences, and five from the British Antarctic Survey (BAS).

The first step was the long three-leg flight to Punta Arenas at the south end of Chile. After a few hours’ sleep, we boarded the BAS Dash-7 aircraft that flew us on the five hour trip to Rothera. First we crossed two hours of Southern Ocean, avoiding the many days of seasickness I remember from previous trips, then increasing amounts of sea ice, and finally the first rock and glaciers of the continent. Somewhere on the trip, we passed the “point of safe return”, where the aircraft becomes committed to carrying on, as there are no alternative landing strips. Finally we landed on the gravel runway at Rothera, where we were met and briefed about station life.

Our field site at Skytrain Ice Rise is some 1400 km south of Rothera, and requires refuelling at two forward field stations, at Fossil Bluff and Sky-Blu. Unfortunately, bad weather had prevented any flights reaching these two sites, and so the next few days have been taken up with establishing people at these sites, who can relay the weather, prepare the landing area, and be on hand to support refuelling and cargo handling. Meanwhile, those of us who are new to the Antarctic, or who (like me) haven’t been for many years, took part in a range of training activities: how to use the field medical boxes, how to light paraffin stoves, how to drive a snowmobile, and how to dress to survive.

While doing all this we benefit from the relative comfort of a well-equipped station with good food, warmth, 24-hour electricity, internet (albeit slow compared to the UK) and even telephone access, and beautiful views. Rothera is situated on a point facing the sea, full of icebergs, on three sides, with spectacular mountains and glaciers on the other. The occasional seal and penguin flops onshore, and a brisk 40 minute walk round the point reveals views that tourists pay huge sums for. We are privileged just to be there, and have to be sure to leave as small an environmental footprint as possible, given that survival is only possible with the use of large amounts of energy.

After a week on the station, we are now itching to get to our field site and start setting up the drill. When we get there it will have been because we could call on the skills and hard work of pilots, air mechanics, control tower staff, plant and vehicle operators, facilities and maintenance staff, IT experts, cooks, doctors, support staff, field guides, station and field operations managers – and now I am nervous I have forgotten someone. Meanwhile we are exercising the key skill for an Antarctic field season – patience!