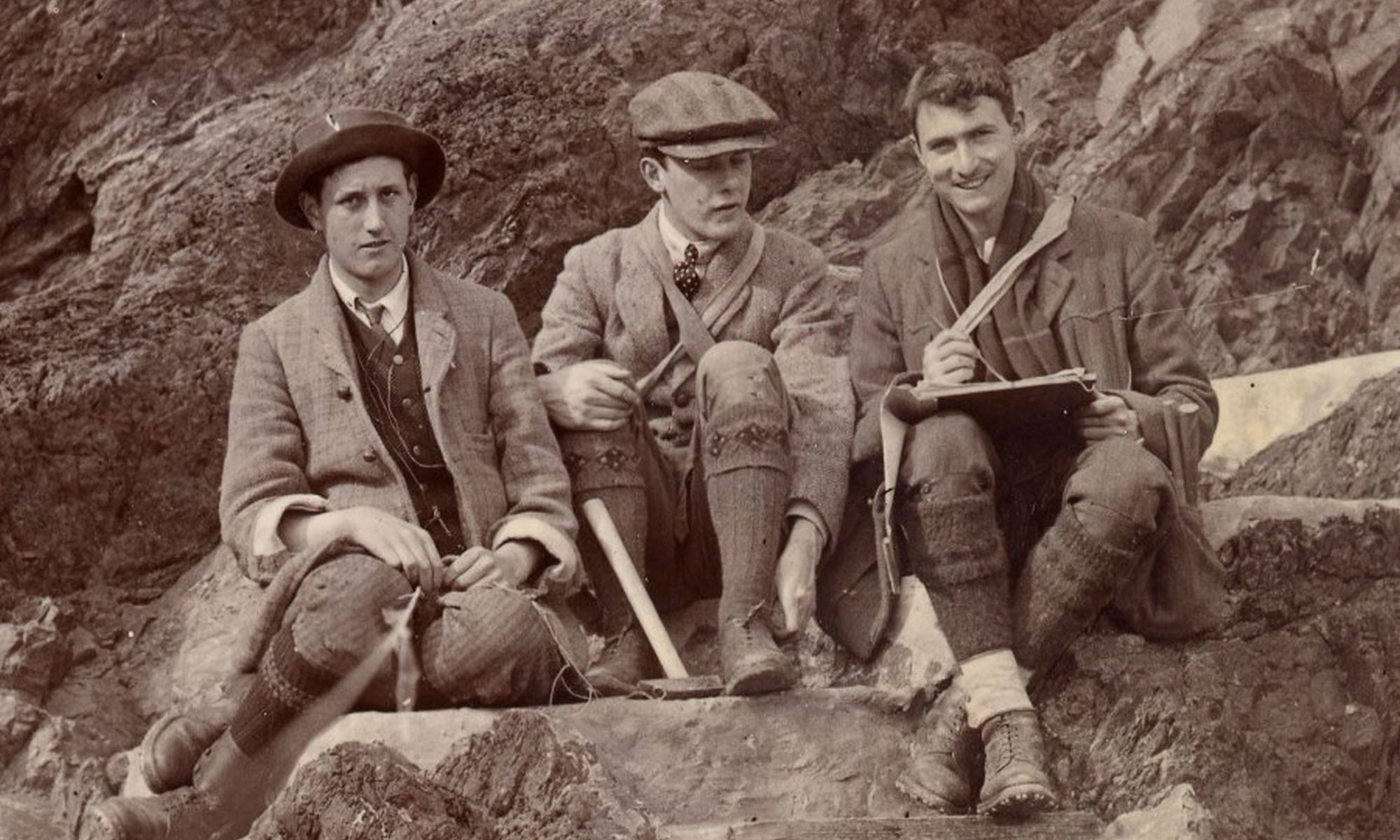 William Bernard Robinson King was awarded the Military Cross for bravery with the British Expeditionary Force before being evacuated from Dunkirk in 1940. He was a Cambridge graduate and World War I veteran who pioneered the use of geological expertise in the theatre of war. King went on to become the 11th Woodwardian Professor of Geology at Cambridge in 1944.

Yorkshire-born William (Bill) King (1889-1963) was a Jesus College geology graduate. He joined the Geological Survey of Great Britain upon graduation in 1912 but then, like so many of his generation, volunteered for active service in 1914.

Bill King became the first professional geologist on either side of the conflict to use his expertise in a theatre of war. Initially commissioned in the Royal Welsh Fusiliers, he was appointed to the War Office, but in June 1915 was transferred to the Royal Engineers in France to act as geological advisor and was nicknamed ‘Rocks’.

‘Rocks’ King worked on the essential problem of water supply for the huge numbers of allied combatants and their horses and produced the first maps to depict water sources, courses and existing pipes. From 1916, he collaborated with Australian geologist T.W. Edgworth David on the siting of dugouts. King also used his geological expertise to provide evidence that the source of aggregate used in German pill-box construction had compromised Dutch neutrality. King’s identification of unique Rhine rocks within German pill-box concrete provided critical evidence to show that gravel was being transported from the Rhine region through Dutch waterways. King’s service on active fronts led to his being mentioned twice in dispatches and receiving an OBE for his war work.

Demobilised in 1919, King briefly returned to the Geological Survey before taking up a demonstratorship in the Department of Geology and became assistant to the ailing Woodwardian professor J.E. Marr. He wrote up his wartime geological work and, following the tradition of Cambridge geology since the days of Adam Sedgwick (1785-1873), began research on unraveling the complex geology of both Lower Palaeozoic and Pleistocene times in the British Isles. However, with few chances of promotion in Cambridge since the election of O.T. Jones as Marr’s successor as Woodwardian Professor, King jumped at the chance of a professorial appointment at University College, London in 1931.

With the outbreak of WWII, King rejoined the Royal Engineers in 1939. As part of the British Expeditionary Force he was awarded the Military Cross for his bravery in conducting a convoy of high explosive before being evacuated from Dunkirk in 1940. On his safe return he was attached to GHQ home forces in 1941. Promoted to Lieutenant Colonel in 1943, King assisted in planning the 1944 invasion in Normandy. Again he was concerned with water supplies as well as the nature of the sediments on the landing beaches, and the availability of aggregate for construction work. Most significantly he suggested the choice of the Calvados coast rather than the Cotentin peninsula because of more suitable terrain for temporary airfields. Additionally, he initiated a study of seabed conditions in the Channel for Operation Pluto, the laying of oil pipelines to sustain the invasion.

King’s demobilisation in 1944 coincided with the retirement of O.T. Jones as Woodwardian professor and King was elected as his successor. He continued his earlier research projects and extended them to include his wartime work on the geology of the English Channel along with a large part of the geological volume of the Royal Engineers’ textbooks on Military Engineering. His war work was widely recognized in France with honorary degrees and the Prestwich medal of the Geological Society of France in 1945. In the Cambridge Department of Geology he was greatly appreciated for his commitment and enthusiasm in teaching in the lecture hall, laboratory and in the field, along with his informality and hospitality.

The remarkable story of W.B.R. King’s geological work during WWI is recounted by Nina Morgan in the latest Geoscientist, the magazine of the Geological Society of London