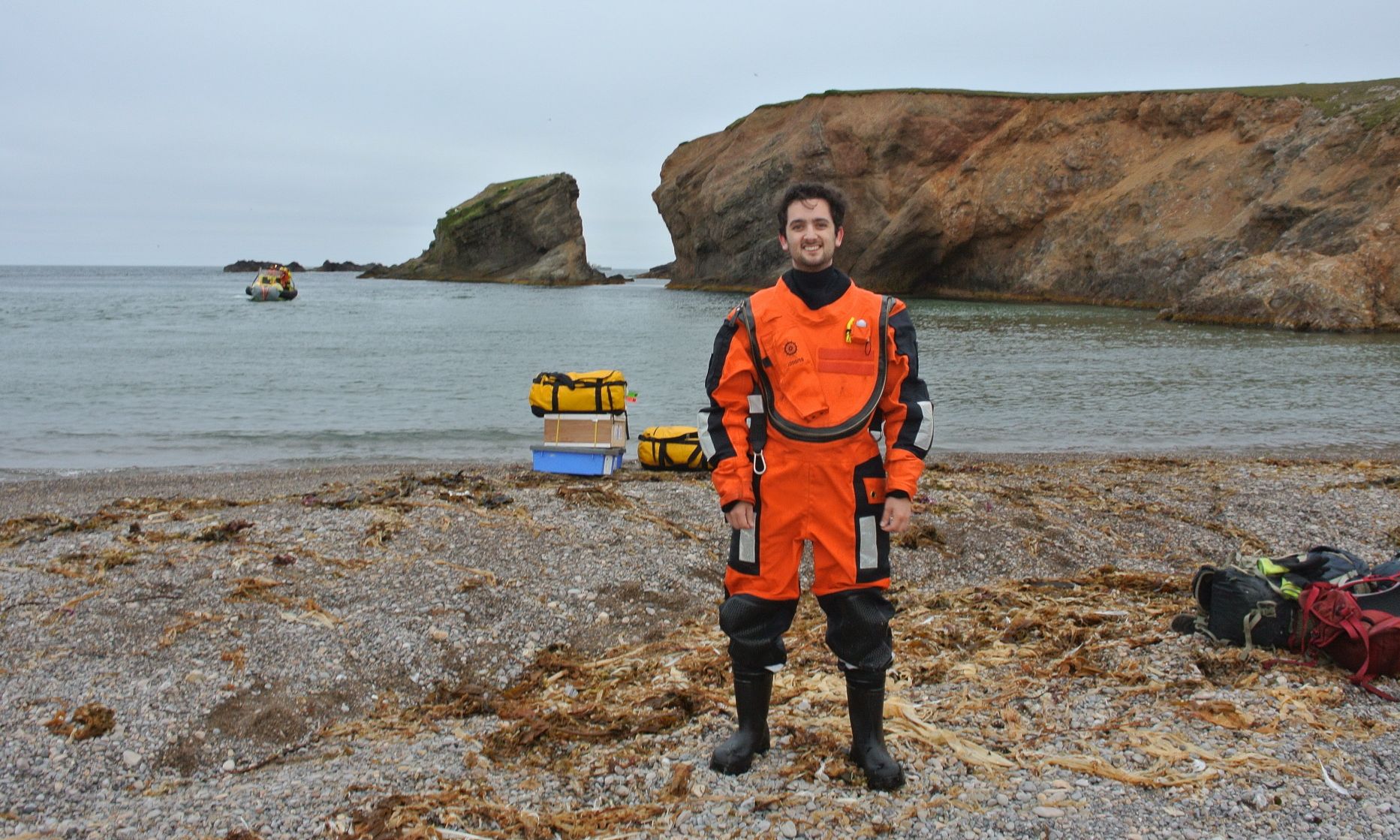 In August 2018 I was lucky enough to join a CASP expedition to Bear Island, in the Norwegian High Arctic, as a field assistant and as part of my Part III project.

My journey to the arctic began as so many do, in Heathrow airport. We unloaded the minivan-sized taxi required to get all our gear to the airport, and I walked in to the entrance of Terminal 2 wearing a big coat, carrying two heavy gear bags and a rifle case. We drew some looks. I couldn’t help but feel excited and important.

Then I realised I had left my phone in the taxi. Panic descended.

My supervisor, Ed, called the taxi driver to ask if he was able to turn around, but he was too far gone and had another job to attend. And that was that – for the next four weeks I did not have the use of my smartphone.

Luckily the calamitous start was not an indication of things to come. I passed the time on the planes to Oslo and onward to Tromsø – approaching the northern end of Norway – by reacquainting myself with a now seldom-practiced ancient art; I read a book. But this story isn’t about that… er, story. It’s about our time on Bear Island – or as the Norwegians call it, Bjørnøya.

A two-day sailing from Tromsø with the Norwegian coastguard brought us north, to Bjørnøya. The first sight to greet us was the intimidating cliffs of the southern tip of the island, which are over 400 metres tall. With military efficiency, we arrived at the drop-off site exactly on time, and were lowered from our mothership into a ‘Sea Bear’ ship which was to bring us ashore. Our campsite was called ‘Russhamna’ – bay of the Russians – which is apt given the location of the skeleton of a presumably Russian man roughly 50 metres away from where we would be sleeping for a month. The scene was aptly set. The Norwegian coastguard officer who was in charge of dropping us off left us with the line “Hey, look around. If you disregard everything, it looks just like Cambridge.”

Camp was set up largely without issue and work could begin. The average day consisted of around 20km of walking – a round trip from campsite to worksite and home again, meaning roughly 4-5 hours walking each day, and 4-5hrs work on location. The evenings were spent cooking before bed. The weather was routinely miserable; it has to be said! The average day sees Bjørnøya totally covered in a dense, humid fog restricting visibility and soaking you as you walk. High winds and showers of rain accompanied me to sleep. Photographs of course are only taken on the good days, and the island is in fact stunningly beautiful – when it can be seen!

The scientific focus of my work was on a small section of the stratigraphy on the opposite side of the island to the campsite. Here, in what is probably the Late Carboniferous era (roughly 300-million-year old rock), is an outcropping of a muddy sandstone. On the underside of a particular slab is a fossilised set of trackways – footprints frozen in from a time before the dinosaurs. They represent the activity of some kind of tetrapod – a large ‘lizard’, that lived in an ephemerally flooded environment.

To examine the trackways, we needed to construct a detailed digital model of the trackway that we could ‘take home’ for later lab analysis. This was done via photogrammetry – taking lots of pictures of the trackway at particular angles to enable it to be recreated in 3D on a computer model. One can then view the slab of rock on a computer screen in almost as much detail as could be seen in the real world.

We found that the tracks are a kind known as Limnopus Marsh 1894. These are thought to be the traces of a temnospondyl amphibian, belonging to a group called the eryopoids. Having diversified recently as the tetrapods underwent a major radiation, these were among the largest land animals of their time and probably fed mostly by preying on smaller tetrapods. Importantly, the trackway also preserves the transition from swimming to walking, as the amphibian stepped out of the water and onto land. In doing so, it apparently reduced its stride length and lowered its pace angulation (the angle between successive instances of footfall).

There was a lot more work completed in my month on Bjørnøya, relating to provenance studies and sandstone sample collection to verify theories about the tectonic history of the island. Suffice to say, it was the experience of a lifetime! I hope to pursue arctic fieldwork again in the future and am glad to have been able to contribute to the interesting field of early tetrapod evolution.

One Reply to “Tales from Bear Island: a month of Arctic fieldwork (or, four weeks without a phone)”