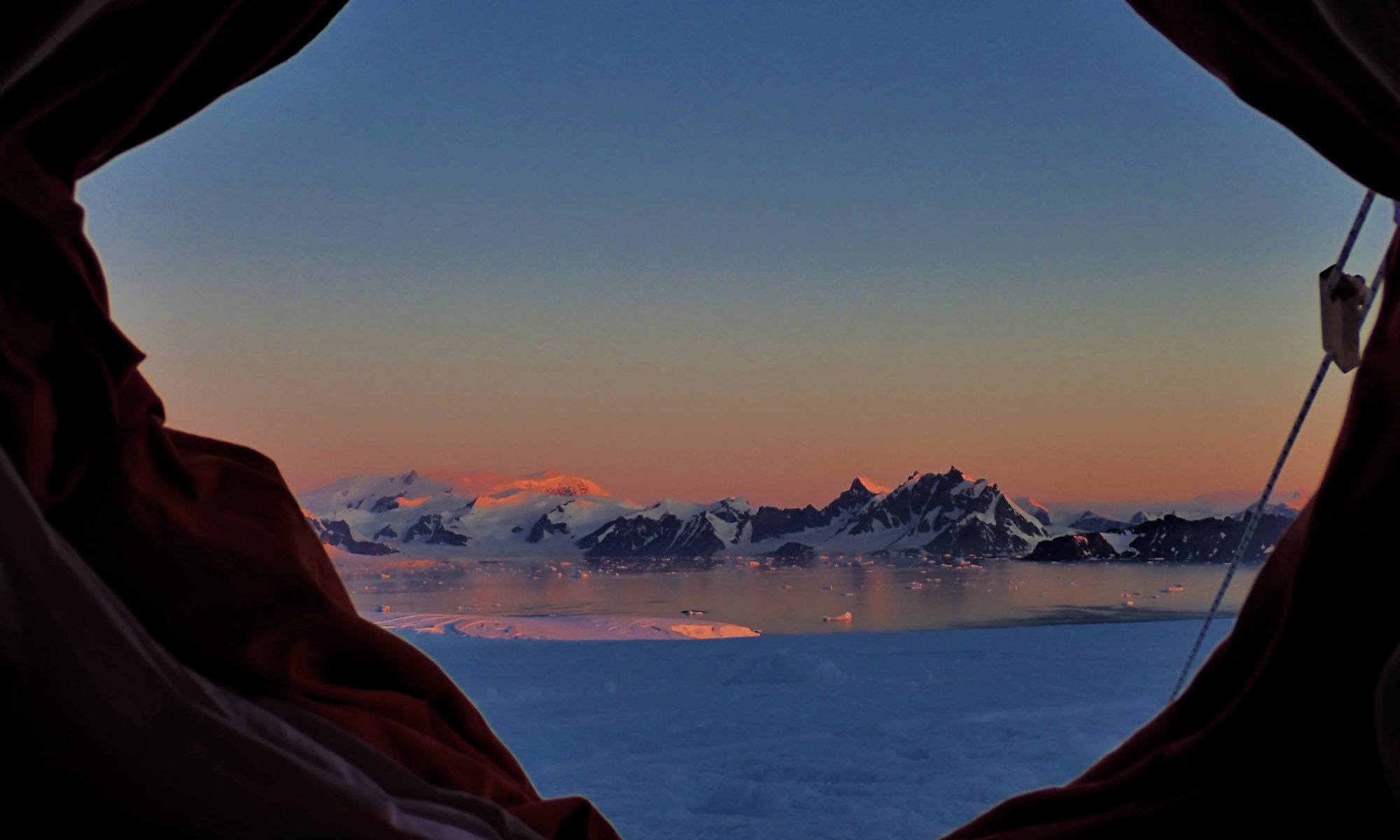 In the final instalment of this WACSWAIN fieldwork diary, Isobel Rowell describes the heartbreak of ending her fieldwork earlier than planned, as drilling takes a dramatic turn.

In case you missed them, Part One and Part Two are available on the blog.

The weather eased a little over the next couple of days and drilling progress continued. One afternoon we finished early so that Rob could service the drill, with repairs continuing into the morning. We left the drill in the borehole to cool it down before drilling, then raised it out for some final checks to ensure everything was working normally—it was—and off the drill went on its now familiar journey.

Upon reaching the bottom of the borehole, Rob pulled the drill upwards slightly before beginning its rotation—standard procedure—when disaster struck. The drill wouldn’t budge off the bottom. Panicked sounds emerged from the drilling shelter; Dieter and I looked over, concerned. Right on cue, Rob came hurtling out of the shelter and began heaving on the winch cable, clearly in distress. Dieter and I joined in, and called on Tom and Sarah for help. Soon we were all desperately pulling on the cable while using the winch controller to try to bring the drill back up, but our efforts were fruitless. The drill simply wasn’t budging. It was lodged at 323 m.

The team went about suggesting increasingly ludicrous and desperate solutions. Could we unstick the drill by putting anti-freeze down the borehole? Could we use a ski-doo to brute force the drill free? Could we light fuel down the borehole to melt the ice and free the drill?! Finding a solution required knowledge of what went wrong in the first place, but with over 300 m of solid ice between us and the drill, and limited diagnostic information, we couldn’t exactly pinpoint the problem. So we decided that we had little to lose in putting the anti-freeze that we had down into the borehole and letting it do its thing. Using some spare lay-flat tubing, a 50 m rope, and a tape measure, we devised a method to apply said anti-freeze to the drill—Antarctic field science in action or what?! With the anti-freeze safely administered, we retreated gloomily to our tents for the evening. The drill was still rotating—a good sign—even so there was nothing more to do but wait.

Pouring chemicals down into the borehole was not a decision that we made lightly. We are bound by the rules of the Antarctic Treaty and our own strong moral belief not to pollute this pristine environment; therefore we didn’t want to leave anything unnecessary behind in Antarctica. We reasoned that if we didn’t attempt to free the drill, it would certainly be left behind in the ice sheet forever. So we ought to try, even if that meant leaving a small amount of waste behind.

Over the coming days, the situation only got worse. We knew that we only had a limited amount of time to free the drill before the borehole closed, and getting materials to a remote site in West Antarctica is not a speedy operation in the best of conditions, so the odds of freeing the drill and continuing our work were stacked against us. Each day that we didn’t access the drill was valuable time lost.

While we waited for materials to arrive by Twin Otter to help with drill recovery, we decided to set up the Distributed Temperature Sensors (DTS) in the borehole. In the original plan, we had only allocated a few days for using these instruments, so now seemed as good a time as any to deploy them. Temperature readings from the DTS would give us an idea of the geothermal heat flux at the site; with better measurements the longer the instruments are left in the borehole.

Two days after the drill became lodged, it stopped rotating. Borehole closure may have set in. We hadn’t anticipated borehole closure being an issue until we got deeper, around 350 m, but even at shallower depths it would still happen, just at a slower pace. To add to our woes, we got news of a series of bad weather systems moving our way, which would make working at the site impossible for several days.

On the last scheduled day of good weather, with our recovery materials still en-route and the storm closing in more quickly than anticipated, we decided that we wouldn’t be able to retrieve the drill in time and should leave Sherman Island as soon as possible. Action stations again as we spent a manic morning dismantling all the equipment and packing everything up to be stored until flights could make it back to retrieve the cargo. The project was well and truly over.

We don’t regret packing up and leaving. Tom and Sarah stayed on Sherman Island for well over a week after we left, as worsening weather conditions and storms elsewhere meant that flights were unable to safely make it to them. By this time, the drill would have been beyond recovery. Even if we had freed it, the conditions would have been too fierce to keep the mast in place. Although cutting the winch cable and saying goodbye to the drill was heart breaking, it was the correct decision—both at the time and with the clear eyes of hindsight.

On with the project

Our collected ice chippings are from a novel site in Antarctica and will give us a water isotope record of at least a few thousand years, which for this region is unprecedented. Our fieldwork provides: (i) an additional site to a project investigating the spatial variability of climate around Antarctica through stable water isotope record comparison; (ii) further validation of using RAID technology to drill deep boreholes at remote sites in just a few days and obtain viable isotope records; and (iii) a better prediction of ice age at the bedrock, which partially fulfils one of the scientific objectives of the project, if not as satisfactorily as we would have hoped.

Being in Antarctica has brought home to me the reason why our research matters. Antarctica is a vast continent. While flying over it, I was reminded that a lot of the ice sheet that I could see might have entirely collapsed in the past under physical pressures considerably less than those it faces today, and will face in the coming centuries. It’s easy to think of this enormous, icy continent as being robust and resistant to change, almost indestructible, but we know that simply isn’t the case. Understanding what happened to Antarctica in the past is vital for fully comprehending future scenarios. The idea of this beautiful place retreating is one that I don’t like to consider, but unfortunately it is a reality that is set to unfold over the coming centuries. I’m lucky to work in such a fascinating field of research, one that has brought me to this wonderful place on Earth and taught me to truly appreciate what the planet holds.

The answers to so many questions are quite literally contained in the Antarctic ice—I only hope that I’m able to find those answers and do my bit to protect this continent, and the wider world.