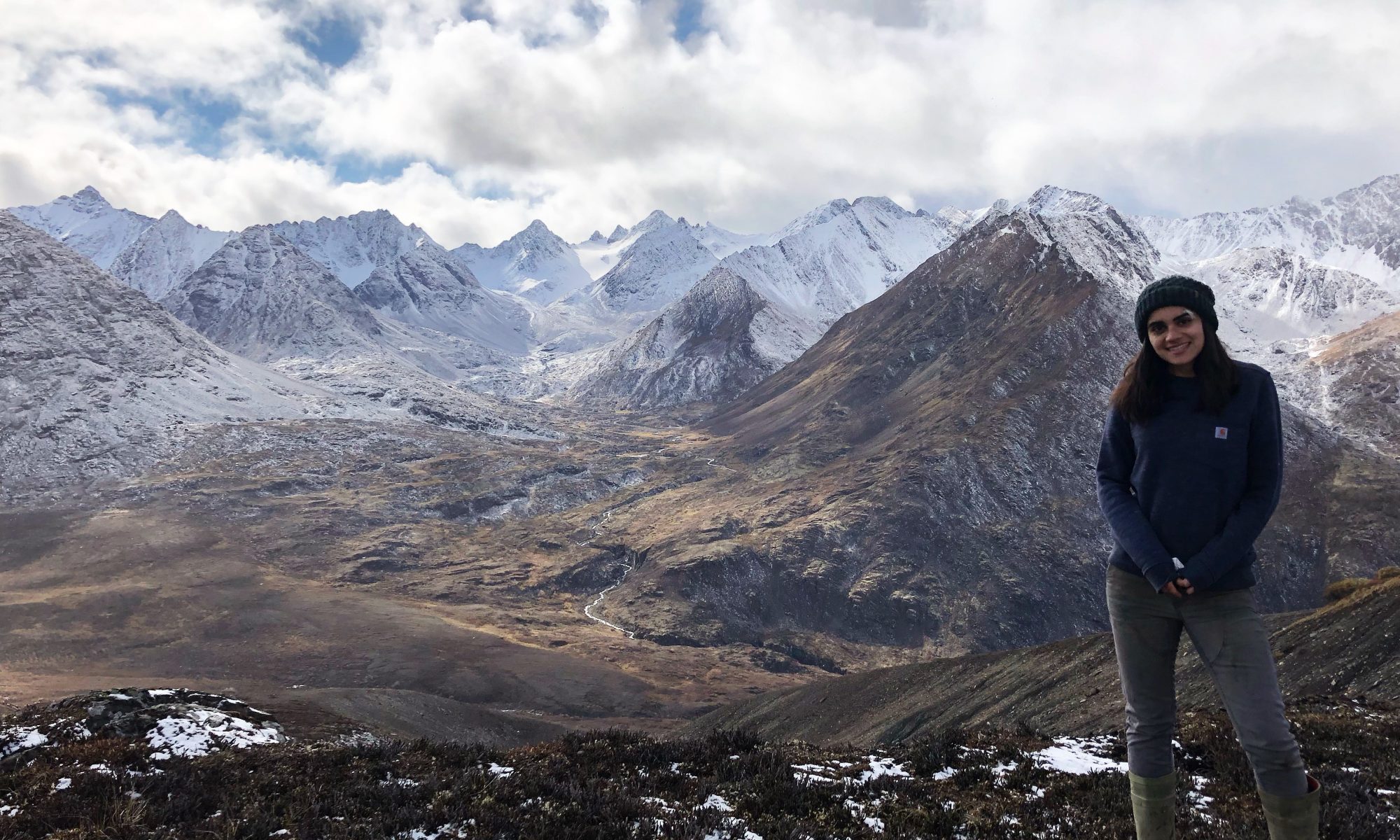 If you had the chance to escape from the ongoing pandemic to a remote exploration geology camp in northern Canada, 150km from the closest town and only accessible by helicopter, would you take it?

I came to Cambridge to start my PhD in January 2020 and, although I was warmly welcomed, things were at first pretty uneventful. However, this changed dramatically with the sudden onset of COVID-19. I chose to return home to Canada where I continued to work on what I still hope to be a lab-based PhD. However, there are, of course, limitations to research from a bedroom 5000km from Cambridge!

But my luck turned when, a month after returning to Canada, I was given an opportunity  to work as part of a exploration project – one I had previously worked with between October and December 2019. I leapt at the chance to get more experience in the field, and to escape to remote Yukon – far from the reaches of news and social media.

The mineral exploration industry in Canada is like no other in the world; there are vast, uninhabited areas that are yet to be explored. Junior exploration companies across Canada are responsible for unlocking the geological potential of the country by identifying mineral deposits in these regions.

I am working for a drilling project in north-central Yukon, about 100km South of the Arctic Circle and at the northernmost exposure of the Rockies. There are a few ways of prospecting, but the project I am working for uses diamond drills to core 800m down into the bedrock. Geologists like me then study these cores to identify areas of mineralization.

Whilst I cannot directly talk about the rocks or the property in detail, in this blog post I will talk you through my day-to-day activities as an exploration geologist.

The journey to camp

After receiving permission to intermit my studies, several delays (thanks to COVID) and a further two week quarantine period in Whitehorse – capital of the Yukon Territory, Canada – we finally headed up to camp.

The trip up to camp is no small feat – a full day’s journey nudging 500km further North towards the Arctic Circle. From Whitehorse we drove five hours to the small town of Mayo and from there we took a 45-minute charter flight to a small airstrip nestled between the mountains. Once we touched down we unloaded our gear and hopped into a helicopter for the final 20-minute leg to camp. Helicopters shuttle in everything we need in camp; from people, to washing machines, our weekly grocery orders and even excavators.

Life as a geologist in remote Yukon

Each morning starts at 7 am with a trip out to the drills in a utility vehicle, carefully following trails cut into the snow by excavators, to pick up the cores drilled during the night shift. The trip is not for the faint-hearted! On our return to camp we unload the cores onto work benches in the core shack, and our day of work – which usually lasts through to 6 pm – begins.

There are two roles in the core shack: logging geologists and geotechnical assistants. The geotechnician’s role is to ensure that no core has been lost in drilling and also to measure rock competency and structural integrity, as well as geophysical and density analyses.

My role, as a logging geologist, is to record lithological changes, alteration, mineralization, and measure key structures including lithological contacts, bedding, faults and veins. All this information, including the geotechnical data, is fed into various software in order to map and model the extent of the deposit. This helps us work more efficiently, but also sets the course for future drill locations and exploration targets.

I am also responsible for overseeing operations at my drill, and shutting the drill down when it is time to move on. We can only justify shutting down once we have drilled to, or past, where we expect to find mineralization – and the core must not be ‘interesting’, i.e. contain no faults or mineralized veining. After the drillers have surveyed the hole and we know the dip through its entire depth the drill can then be moved to a different pad, or simply remain at the same location for drilling at a new orientation.

Before moving the drill to a new pad, we do some preliminary line-up checks (that’s what I’m doing in the photos below). We use a GPS to locate the hole accurately, and from this we also make a foresight and a backsight corresponding to the azimuth of the drilling. Once we have roughly gauged the drill orientation, we measure with a gyro to accurately set the azimuth and dip of the drill to within ±0.1°.

Both drill shut-downs and line-ups can happen at any hour of the day – including 3 am when it’s -25°C!

Heading out into the field

Usually we are busy logging cores, but when we have some downtime we also head out into the field. Back in August, when the weather was unseasonably pleasant, we sampled soils across a gridded transect to establish geochemical hotspots of mineralization in the bedrock below.

Fortunately we were sampling above the treeline and, the first snow having fallen a few days prior, the notorious northern bugs didn’t bother us. We were treated to spectacular weather for most of the day, with just a couple of rainstorms that lasted less than 30 minutes. Back in camp, which was roughly 500m higher than us, that rain fell as snow!

Data from the soil sampling merited further investigation, and several weeks later we decided to trench map the area – meaning I could again leave wintry conditions in-camp and head down the valley where it was still autumn. After digging down through the till with an excavator we took samples from the exposed bedrock, giving us localised information on mineralized zones.

I was also treated to a helicopter ride out of camp, again to warmer climes below, to participate in a relogging exercise. This involved me studying previously collected drill cores, which are not housed in the current camp, to check whether their lithology fitted with any changes in geological interpretations.

After work hours we relax on camp and, because we cannot leave, we are always looking for things to pass the time. At the start of the season, when the weather was nicer, we explored the surrounding and climbed up to the fly in-drill pad just above camp to take in the views and peer over the saddle to the next mountain peaks and valleys.

Now that it is colder, we sometimes play cards, watch movies, or hang out in our rooms. Despite being so far North we can also make requests for items to be sent into camp – be it clothing or even pumpkins to carve for Halloween.

Our rooms are minimal, but the most important thing is that they are cosy – last year we got down to -48°C!!! We are housed in domes, divided into 4 segments, which afford us some privacy. And as well as core and cut shacks, camp also has a kitchen and dining room tent, a food storage tent, an office, a tool tent, garage and washing facilities. The camp, being so remote, is not connected to any utility services – so our electricity is generated via diesel, the kitchen and hot water is fuelled by propane, our drinking water comes from a lake and we have two outhouses at the end of camp.

As you can imagine, the internet speed is glacial here, meaning Skype calls to family and friends in Canada and England are not easy. But there is something refreshing, especially during the pandemic and US election cycle, knowing you are not able to indefinitely scroll through social media feeds.

We mostly avoided the wettest Yukon summer on record here on camp, and we were even treated to a second summer in August. However, as the days get shorter and the weather drastically colder, it is clear that winter is going to be brutal. In early November the temperature had already dipped to -35°C (without wind chill!), and core-runs to the drills as we head into winter will become more challenging. But it’s a small price to pay for escaping the woes of the world – and the breath-taking views of the northern lights are the icing on the cake.