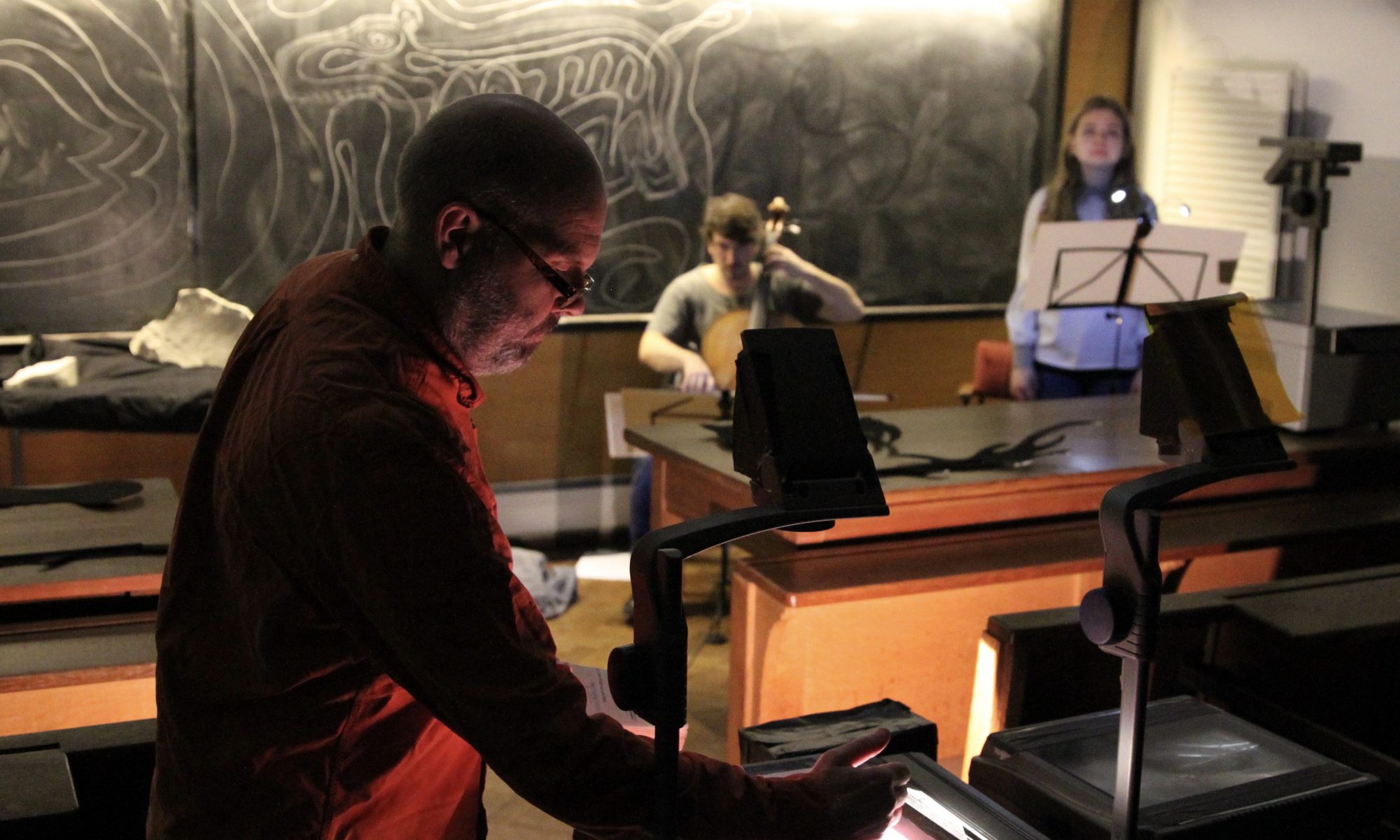 Making science – with all its complexities, uncertainties and nuances – palatable for the general public presents many challenges, and what better place to try this out than the Cambridge Science Festival.

As a Research Assistant at the Department of Earth Sciences, I communicate science all the time. Whether discussing my work with colleagues, writing papers or supervising undergraduates, I have to tailor how I pass on the information to the specific audience.

Having graduated from my Earth Sciences degree last June, I have spent the year carrying on with research and developing my science communication output. I have thrown myself head-first into the Cambridge Science Festival – two weeks of events including talks, shows, exhibitions and hands-on activities – combining my love of science with music, drama and comedy to try to enthuse others, young and old, about geology.

For me the Festival started with a musical written and performed with fellow Cambridge Earth Sciences graduate Roberta Wilkinson. We worked with the Sedgwick Museum to create a musical murder mystery, What Really Killed the Dinosaurs? With a jazzy duet performed as Walter and Luis Alvarez about the Iridium Anomaly and a sing-off between a mammal and a dinosaur, we attempted to distil an intriguing tale with multiple competing theories into a narrative that explained the basics but also conveyed how scientific research is carried out, with its relentless search for more evidence to support, refine or disprove theories. Whether we succeeded or not is in the hands of the many families who came to watch, but we did hear the title song drifting back into the theatre as people left…

Next, in a similar musical vein, was Cambridge City Opera‘s Barrington Hippo opera, for which I only played a small part by helping with the initial workshop to explain the science behind the Barrington Hippo discovery. The pupils at a local school created the opera with the company based on their experience of this first session and it was intriguing to see what were the most memorable ideas that stuck with them and ended up in the finished product.

The opera consisted of compelling narration accompanied by a mysterious and ethereal cello and singer duo, whilst the visuals were created using the department’s decades old overhead projectors that shone light through various coloured liquids and cellophane. Sand shifted around the transparent plates, showing the hippo’s life, death and eventual discovery. I for one was completely engrossed in the story, and the young children in the Tilley Lecture Theatre also seemed to be quiet throughout, which is no mean feat!

Another diverse forum was performing with The Variables, a science comedy and variety group with performers giving 10 minute sets on a variety of subjects. My set this time was on the many exciting trips that I have had because of Earth Sciences: from being attacked by wild boars on my mapping project in Spain, to lounging in a jacuzzi on a cruise discussing deep Earth Seismology at a conference in Norway!

Whilst science is no joke, it is sometimes cathartic to take a step back and find the hilarity in the life of a researcher. As with any scientific paper, the structure of the set is key, with clearly defined sections that flow from one to the other, seeding ideas at the beginning to pay off at the end, citing experiences and referencing scientific escapades as you go.

Science communication and outreach is incredibly important as it may inspire a new generation of scientists. Furthermore, explaining the scientific process, with its rigorous pursuit of knowledge but also its limits, can aid in building trust between the public and scientists. Ultimately, scientific progress and the communication between people are fundamental ways in which humanity can grow and develop. And, dancing around and singing whilst dressed up as a dinosaur isn’t the worst thing to do of an evening…