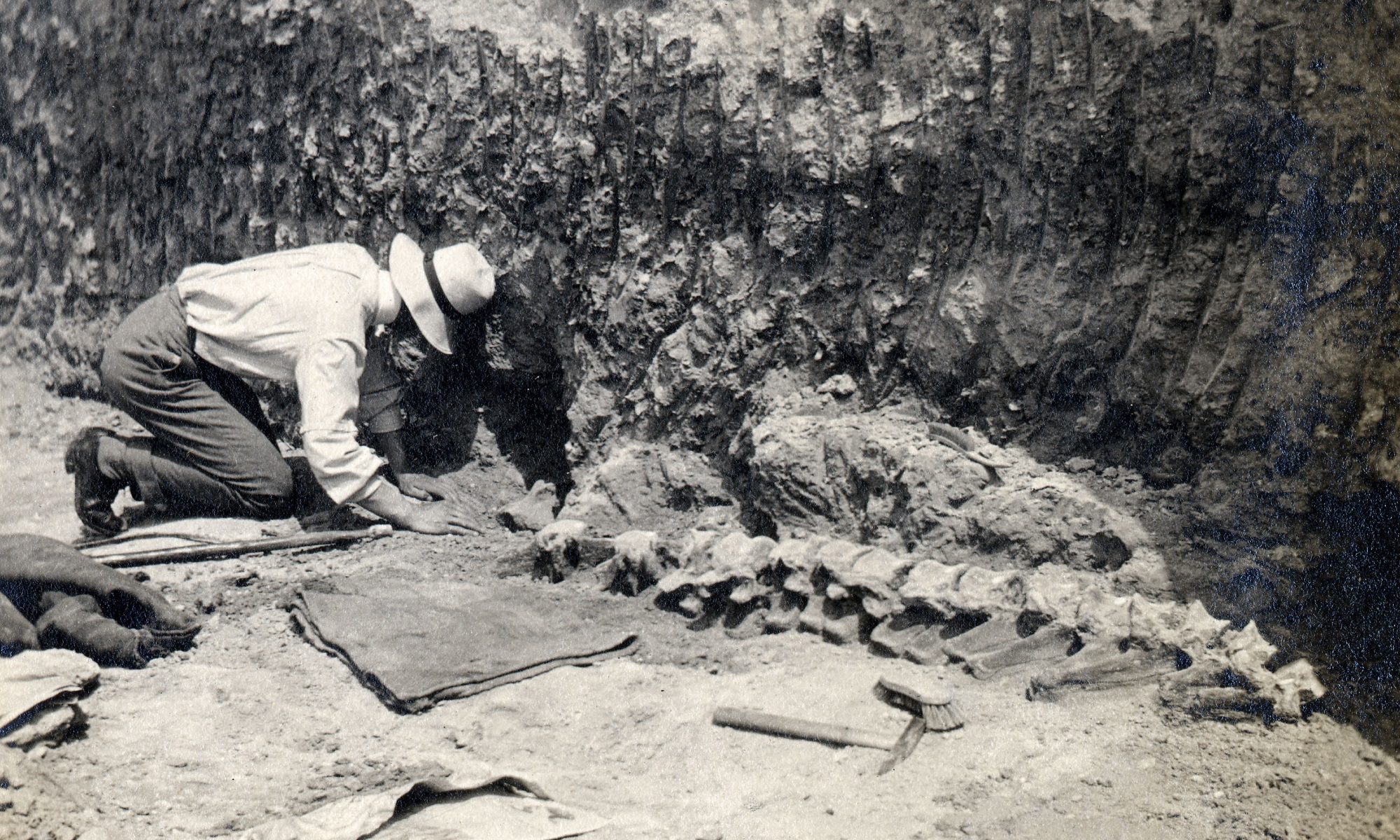 Hippos from Barrington, woolly mammoths from Barnwell and beavers from Burwell Fen help tell the remarkable story of Late Ice Age Cambridgeshire. A new ‘Ice Age’ exhibit in the Sedgwick Museum displays spectacular fossil finds from local villages that show how life, climate and the environment of the region have changed dramatically over the last 125,000 years.

Barrington around 125,000 years ago saw hippos wallowing in river shallows whilst rhinoceros and wild cattle grazed riverside meadows. Lions, hyenas and wolves lurked in the surrounding woodlands waiting their chance to make a kill. The remains of all these animals, have been excavated from pits dug around Barrington over a century ago for phosphate – the so-called ‘coprolite diggings’. The strange mixture of African and Asian animals show that, even in the Ice Age, there were times when the climate was warmer than that of today. But not much warmer – fossil pollen shows that the vegetation was not that different with willow by the river and oak hazel and pine on drier ground.

Barnwell’s fossils tell a very different story. From 74,000 years ago the climate in what is now suburban Cambridge crashed into glacially cold conditions. Ice-sheets descended from polar regions as far south as the north Norfolk coast. Beyond the ice-front arctic tundra stretched across the region. These treeless landscapes were home to tough, cold adapted animals. Herds of woolly mammoth, bison and reindeer grazed low-growing tundra plants along with the occasional woolly rhinoceros and predators such as spotted hyenas and the extinct cave lion.

The most remarkable fossils from Barnwell are the well-preserved fossil plant remains – tiny leaves and seeds from 90 different plants. Many of these, such as the dwarf birch and mountain avens have a natural habitat in cold arctic and high mountain environments today.

By 11,000 years ago, the climate changed again as it warmed into present Holocene times. Human exploitation of Burwell Fen has uncovered fossil evidence of just how dramatic the change was. Many of the large Ice Age mammals disappeared whilst human populations increased.

However Cambridgeshire was not an easy environment to live in. As the ice-sheets melted huge amounts of melt-water flooded across the region. There were abundant plants and animals, especially those adapted to wetland environments such as fish, waterbirds, beavers and otters. But of the larger mammals, only the deer, wild cattle, boar and wolves remained. As Britain became isolated from the continent by rising sea levels, migration of land-based mammals apart from humans stopped.

Modern research shows that the climate change over the last 125,000 years is just a very small part of the Ice Age, which began some 2.6 million years ago. More than 52 major climate cycles of cold glacials have alternated with warmer interglacial climates. So much water was locked up as ice and snow that sea levels fell by over 100m during the cold glacials. Shallow sea beds were exposed forming land connections between the British Isles and Europe, allowing the free movement of animals including our human ancestors. Altogether, the impact of the Ice Age transformed the life, landscape and environment of Cambridge, East Anglia and beyond.

The ‘Ice Ages’ exhibit opens soon, and was funded by the Friends of the Sedgwick Museum, to whom we are very grateful.  Further details.

All photos © The Sedgwick Museum of Earth Sciences.