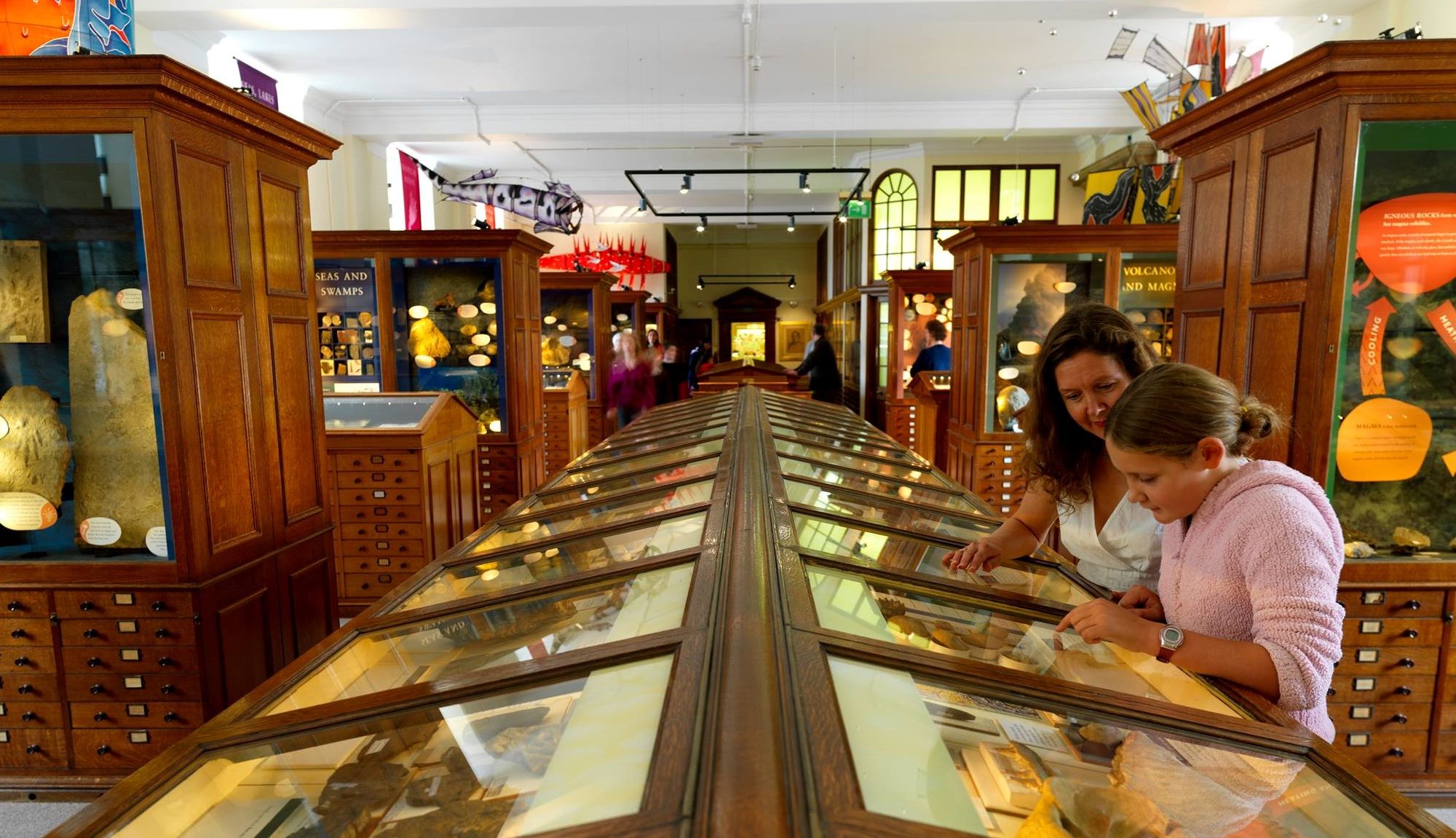 In this series of blogs we interview Rob Theodore, Exhibitions and Displays Coordinator, and Sandra Freshney, Museum Archivist, and hear more about how the Sedgwick is shaping visitors’ experiences: exposing the stories behind the collections and challenging our perceptions of Earth Sciences as a subject and its researchers.

Rob Theodore and the Community Cabinets

I started as the Exhibition and Display Coordinator 8 or 9 years ago. I had in the back of my mind for a long time what the displays look like – they’re all the same really. They’re all by famous scientists; an old, now dead, white men.

Our museum is quite different to some of the other museums in Cambridge, in that we have an open door to the “back of house”, to the research side. You can knock on the door and speak to a palaeontologist or a geologist. Lots of people bring in their rocks and such to talk about them. Personally, I wanted to go further than just those discussions. I put myself in the visitor’s shoes and thought about what else they might want and how we can capture that.

What is the Community Cabinet?

The Community Cabinet is about connecting with the community and sharing local finds, showing that the Museum is relevant, that there are new things to be found, and that you don’t have to be a famous scientist to have relevant things to share. Anybody can have that interest and build a collection.

Have you been brought anything really surprising?

Someone brought in what they had been told was a dinosaur egg. It was an amazing septarian nodule, not a dinosaur egg, but we thought it was wonderful.

Occasionally children come in with something they think is a piece of dinosaur tooth or skull or something and it’s actually a piece of flint. We get to explain to them that it is still millions of years old and how exciting it is even if it isn’t a dinosaur. We can talk about how they felt when they found it and explain that scientists don’t fully understand how it’s formed. From that we’ve found that children then develop a real connection to the Museum that continues as they grow.

How have the community responded to the Cabinet?

I hear a lot of positivity. When I’m able to tell people more of the background, they’re inspired by it. They comment that they don’t often see that sort of thing around. We treat the collection in the Community Cabinet exactly the same as our other collections – there’s no difference if it was a famous scientist’s find or not. When I can tell people that, I can see it helps them to understand a lot of what we are trying to do.

Have you noticed people change their perceptions when they see these displays?

Yes. People see the display and realise that collecting fossils or rocks doesn’t have to be something that stays in a child’s head but can be something you can do as an adult. They see that they can enjoy the science without having to become a PhD or a scientist.

How has the pandemic affected the Cabinet?

We have put the Cabinet online, but have found that the real impact comes from people being in the same space as the display. The lockdowns really impacted on it in that respect. But when things opened up again, it proved a great connection back into the community. I’ve had to work to build back up a list of people who would be interested in us displaying their collections, but numbers are increasing now.

Post-lockdown, things at the Museum have had to change. But that means we get to speak to people a lot more and people are starting to bring things back in to get them identified, which is a real bonus.

How long are collections on display in the Community Cabinet?

Between three and six months. The decision is collaborative, as we need to fit in with peoples’ own plans and lives. It’s also someone else’s display.  We’re letting go of a lot of the power and time and authority on it and just guiding people instead so we try to be flexible.

We also have the Community Cabinet Group: an initiative where a club or group or school collection is featured. It is a different type of engagement with more people working on it, bringing a range of perspectives.

Are you also training people how to collect things?

Yes – our Education Coordinator has a learning resource called Gravel Hunters and we do activities connected to that. We give the children information and instructions then we get them to hunt for their own finds in gravel driveways. This has been great because it opens geology up to urban communities, and it’s an activity people could do at home during lockdown. Once we gather their finds together they will go on display in our Group Community Cabinet, so those children can come in and see their work in the museum space.